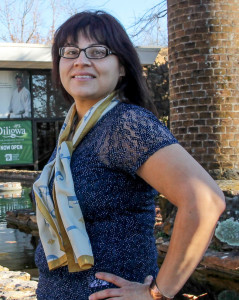 “I am writing this letter in support of the documentary that you are producing titled, “Searching for Sequoyah.” This documentary, as I understand it, intends to focus on Sequoyah’s invention of the syllabary, his migration West in response to the pressures of federal and state anti-Indian policies and sentiment, his final trip to Mexico on horseback in 1848, and the enduring resonance of his invention in contemporary language revitalization efforts and programs. A documentary focusing on the tremendous impact of Sequoyah’s legacy is greatly needed.

I am honored to be asked to participate and look forward to working with you both on this project. I completed my Ph.D. in Sociocultural and Linguistic Anthropology at the University of Oklahoma, and, my dissertation focused on how Cherokee language revitalization programs can create space for learners and on the perspectives of learners in those programs. I would be happy to discuss my research in the documentary as it pertains to the subject.

In addition to my academic background, I was also the Executive Director of the Cherokee Heritage Center. The CHC is a nonprofit organization with a mission to preserve, promote, and teach Cherokee history, heritage, and culture. Through this mission and our collaborative relationship with Cherokee Nation, we also serve as the Cherokee National Archives housing many important Cherokee language documents and artifacts including a printing press and two sets of Cherokee syllabary typeface from the 19th century.

Again, I am glad to take part in this endeavor with you and look forward to being of assistance.” 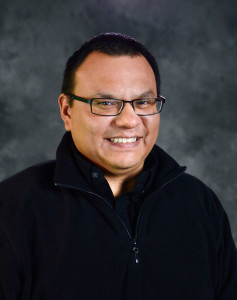 “I am very humbled and honored to participate in the proposed Sequoyah film project. Sequoyah has a special place in the pantheon of Cherokee leaders, and his story has inspired generations.

I have done much research on Cherokee letterforms, the detailed history of the development of the syllabary from Sequoyah’s original handwriting to pixels, and on the life of Sequoyah himself. I am very excited to be able to participate in this film project. I feel this is an important film.” 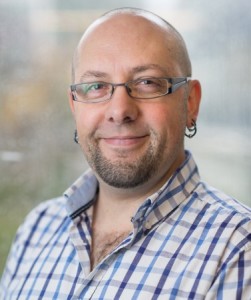 I am delighted and humbled to be part of the proposed film project, “Searching for Sequoyah.” This is a timely and important initiative, one that promises to reach deeply into the many different versions of and stories about Sequoyah and his impact on Cherokees of this time as well as our own. It promises to re-shape our collective understanding of one of the central figures in Cherokee history and culture, and to hopefully offer revolutionary new information from the investigation of his journey to Mexico. By bringing together a whole network of respected Cherokee community knowledge holders, storytellers, and language speakers alongside Sequoyah descendants, Cherokee scholars, and non-Cherokee historians and researchers, this project promises to be an wide-reaching and deeply rooted contribution to our understanding of Sequoyah’s life and legacy and a needed corrective to the limited archive and representations that have come before. Thank you for inviting me to participate; it’s a real honour to be included among so many people I respect and have learned from over the years. I hope that my work as an Indigenous literature scholar and my familiarity with Sequoyah’s contested representations in Cherokee literature will be useful to this film and its larger vision.

“I look forward to being interviewed for your film project about Sequoyah. He shaped much of the culture and society over the years. We as a Cherokee people are always updating his writing technologies for modern use. It would be great to talk to you all more about how Cherokees got on the smart phones and other electronic devices. The Sequoyah Film Project sounds like a great project. I am excited to be involved.”

“I am honored by your invitation to participate in an on camera interview for your upcoming “Searching for Sequoyah” documentary for PBS. I am very pleased to accept your invitation. As a Tribal Councilor of the Cherokee Nation and the lead instructor for fifteen years of the award-winning Cherokee Nation History Course, I have seen the power that the figure of Sequoyah still holds for the Cherokee today. His influence is not only developing a device by which our language can be perpetuated for all time, but also in unifying a people and defending sovereign rights, cannot be overstated.

Thank you so much for the invitation and I look forward to hearing more from you about this exciting project!”

“We are pleased to offer our support of your project for PBS, “Searching for Sequoyah”, which explores lesser-known stories surrounding Cherokee Nation’s history, such as the Old Settlers, Cherokees who emigrated to Mexico Territory and contemporary efforts to revitalize the language.

Having worked with Dr. Weaver on previous projects, including the “We Shall Remain” episode of PBS’s “American Experience”, we know that the subject will be thoroughly researched and treated with due respect. We understand that we may be called upon to provide liaison assistance with research, interviews and technical assistance.

Little is known definitely about the latter part of Sequoyah’s life and we welcome new insights that this program may be able to add. We look forward to collaborating with you on this work.”

“Thank you very much for contacting me concerning your film project, “Searching for Sequoyah.” I would very much like to take part in the film as an on-camera scholar who will speak about Sequoyah and his life. I understand that will likely shoot in the fall of 2015 and I am ready to participate when needed.

Thanks again for this invitation to participate in the film. As you know, there are few Indigenous leaders as talented and enigmatic as Sequoyah, and even fewer of whom scholars seem to know so little. I hope that with your film we will introduce Sequoyah to a larger audience and draw on the rich resources from Cherokee community and current scholarship to do so.”

Leave a reply Click here to cancel the reply