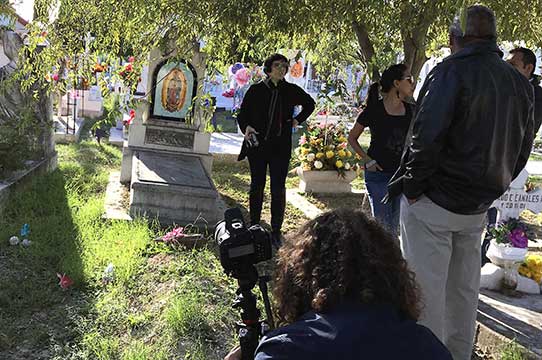 LeAnne Howe and Joshua Nelson traveled to Zaragoza, Mexico in the spring of 2017 along with production co-ordinator and translator Amanda Cuellar where they met with the mayor and several other local dignitaries and historian Jose Alberto Galindo. The team was openly welcomed and provided with a tour of a local cemetery which contained the grave of an unknown Cherokee (we have since identified).